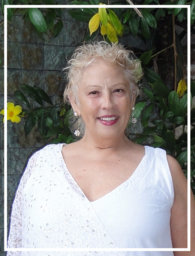 The Universe has your back

How do you want to out create this reality?

I LOVE MY LIFE

It is such a gift to realize I have been choosing from my awareness for most of my life.    I also decided and concluded that my awareness was wrong, that I was therefore undeserving and stupid and that I did not fit into any part of life.   Like so many of us,  I made choices that looked like it was the way to make life work.

As a very young child I listened to guidance from the inside of me.  This saved me from the insanity of an alcoholic, PTSD father and then to be plundged into the years leading up to wars for freedom from segregation, Vietnam and so much more.

At 7 years old I was aware I did not fit into the box of racist southern states of USA. I was different, even then, and would not tolerate obeying the laws of segregation.  I chose to sit in black sections of the bus and chose to drink out of black water fountains.  and begged by the blacks not to do ‘that’, I would get them killed…..Of course with super powers of a 7 year old I told them they were safe with me.Truth? Or Fantasy? That was Awareness and I chose differently!  I was made fun of, and ridiculed, and told ‘Yankee Go Home’,.Nothing much has changed about me since 7 years old, being me, or me choosing to have awareness of the change I need to be in this world even now.   What else is possible?What did happen in those years of me being unhappy about what life was showing me with my raging PTSD father, extreme disciplinary controlling mother, a society of prejudice, that by my early twenties escalated to, drinking, smoking, drug culture, (yes I tried all that) to choosing to marry when I did not really want to be married, ever, (2x’s) to becoming a ‘Seeker’ on the path of self-realization.I attracted amazing teachers into my life since 1972, Yoga, Meditation, Rebirthing, Advanced Energy Healing, Reiki, Trager, Feldenkrais, QXCI, Inner Focus Minister, Cranial Sacral and much more.   Until I found myself with all these amazing tools that were no longer able to bust me out of the box of “stuck” in April 2012!Along comes the weird and wacky Access Consciousness®! My awareness even attracted these wonderful tools to me.Energetically sensitive, while sitting with another sensitive from Canada, we observed that in our lives and in the lives around us there was a lot of drama and trauma.I asked the question, “Bob, what will be the next big movement that will shift the Consciousness of the Planet?”  We were silent while sensing the molecules shifting around us and with all our hairs standing on end……. I asked what if it were sound? Again! A huge shift in Energy!What would that be or look like? There are the bowls, chanting, drumming, singing, toning……The Bible said “In the beginning was the word”, the Hindu say it all began with the sound of OM….we were quiet, bodies vortexing (like wind blowing through them and over them) Well asking the question, “Could it possibly be sound that would change Consciousness across the planet, even Universes”?  that was a question that shifted molecules even more!!A couple of weeks later, here comes someone offering Access Energetic Facelifts®, and the rest is history!In my first Bars® class with Linda Reeves, in Australia, I hear her say “we do not play music while doing the Bars because the energy is acoustical” (not the electrical radiatory or magnetic energy, my awareness)….I sat up and asked “what did you say”? She replied that it is “acoustical, you know sound”.  Did my questions lead me to where I needed to be?  Yes. Welcome to humanoid land.It is my awareness, that Access Consciousness, for my reality, IS the next step to bringing more consciousness to me, to you, and anyone else who is ready to easily and nearly effortlessly ask questions instead of making decisions, computations, conclusions and judgements.  Questions open energy for more possibilities and choices bringing more awareness and consciousness that leave you with more Joy in our Lives!!

How fast can we be more of who we are?

What else is possible?

When I started participating in Access in 2012, Access Consciousness was in 25 countries 2013– 49; 2014– 131; 2015/2016–173; 2017–235 territories and countries.  WOW!  Is that a response to what will create more consciousness on the planet?  How blessed am I and how grateful I am to myself for asking that question!!  Access Consciousness is a set of pragmatic tools that shift molecules for you to create a different reality for you.Facilitating in Bali brings extra joy to sharing Access Consciousness®! What I love about facilitating private sessions and Access® classes are the possibilities it creates in so many people lives affecting their families and their countries. Touching the lives of people, from India, Dubai, Columbia, Germany, Italy, Switzerland, Russia, USA, South America, Japan, Sweeden, Argentina, Belgium, Canada, UK, basically from all over the world.Are you ready to catch the acoustical wave?

The sooner we all say yes to more of who we truly be, the faster questions, possibilities, choices, awareness and consciousness spreads like wildfire across the Universe!When you Access BEing You, remember you are touching all of Life, the molecules and space of your body change. That change affects the molecules and space of everything around you! From the air you breathe to the rock you sit upon. Imagine, if someone sits on the rock where you sat in the Infinite Beingness of You BEing You….. well…. the rearranged molecules you impress there could change their life!Anytime we choose change for ourselves, we help thousands that are plugged into the same implant to get free!How many ways have you judged you and covered up your Awareness?

Remember every time we come together in a Class or a Private Session all that we have cleared facilitates you and all that you bring to a private sessions and classes helps to everyone, even mass consciousness.Are You Ready to Be the EnergySpace and Consciousness that will change everything?What people are saying about Lela……Ready for the epidemic of Joy?  Are you willing to be infused?The Bars® Classes

“All Life Comes To Me With Ease, Joy and Glory

“We always attract the things, that we need or want! I am so happy that I find you!!! No, God give me this gift. I can listening to you lessen and your conversations every days. I enjoined the bars session on Saturday so much. The subtle way of energy, that give the most powerful effect. So beautiful. Thank you so much!!!!!”
LianaTraditional Chinese Medicine and Dr. Facial Reconstruction Surgery, Russia (Bali)
“Amazing Bars session at Taksu, thank you Lela! Sitting in the dark, contemplating the energy I experienced…”
AnnieAustralia
“Thank you again for the Bars course, was very interesting and looking forward exploring more of it!  Much gratitude!!!!! I have been feeling energized.”
ElinaBali
“I just luv luv luv’d being part of your slice of heaven. I am transported every time I view the pics. This trip was a life changing experience and I am continuing the forward movement here, and now more Access Consciousness.  I thank you for your first class method and presentation.”
ShirleyNY, USA
“I have done 12 Bars Sessions on others + run them on myself almost daily. The magic of this work is all around me. Lots more ease in speaking my truth have become available to me. This has created more intimacy in my relationship with coworkers. I have been given my own office in the spa, which is decorated to remind me of Bali. The miracle of really feeling the energy in my body is so rewarding. Thank you for opening this new door of Access Consciousness glory for me.”
LindaIndia
Previous
Next

“Thank you so much for the sessions yesterday. I enjoyed them very much. I was exhausted and went to bed at 7.00pm and today I am also very tired. It’s all positive and I am allowing my body time to rest for the first time in months. Thank you again.”

Lela, your Bars session was loving, lovely, and effective. I considered it the beginning of my rebirth cycle. I’d been in the death cycle for the last year; releasing much old POV’s and stuff.”

Ellen WatsonEsalen, Moving Ventures Bali and beyond!
“I wanted to tell you that something is changing in me though I was not anticipating any specific result from the session.  I came to be able to contact the invisible muscle which is out side of my body.  I feel like the outer world has connection with my inner muscles. Well, my point is that I am having wonderful sensation and I am grateful! Thank you very much Lela for giving great opportunity to explore new world.”

NicholasBali
“I feel my Self, words cannot describe my gratitude.”

BarbaraCA~USA
“Thank you so much for our session together.  Thus far my “tight” third eye is on mend.  I am not feeling the pressure, tightness and constant need to massage my forehead.  Very interesting.”   I am simply letting your work do its work and not trying to figure it out at this point….GREAT stuff!
LizaBali Bali~Canada
“I slept better last night and am firing on more cylinders today. I do remember that after last year’s session with you, nothing changed for about a week, and then all of a sudden, I had a number of major shifts happen overnight.   One potentially important thing happened this morning, though.  My sister called me, and the nursing home in Mooresville has openings in assisted living.  The clearings you did made space for this!  It feels good!”
BeckyUSA
Thanks for the amazing Bars Session. It was the best one yet. And, I went on the Access  Consciousness Website + made a request to be listed .I gave your name , e-mail address. Thank you for your support in suggesting it. I am getting excited that it could really make a big difference in my life in India. I did the Bars on myself more lightly. It was a different experience.  I always come away from our meetings with new insights.”
LindaIndia
I am very blessed.  I felt sooooooooo much better after my Bars were run with the Distractor Implant clearings. It worked, a huge shift in my energy level. Wow! Hope to do more. It truly has a positive effect.  And, how does it get better than that?”
MaryUSA
Thanks for a great session.  For the first time I felt that my hands were actually working and ‘feeling’.  This also spilled over into a great trade I had with another Practitioner. To cap it off I just opened my emails to find a bars tools thingy from Dr Dain -as if speaking to me- and basically saying if you just stop judging yourself you’ll be fine!  HDIGBTT?
CarolAustralia
Thank you so much for my healing today.. I feel sooo much better that I want to pinch myself and make sure it’s real literally I have gone from having a nauseated solar plexus, to pure joy..a feeling I haven't had for some time."
Nicole Australia
Previous
Next
Facebook

Email me with questions: